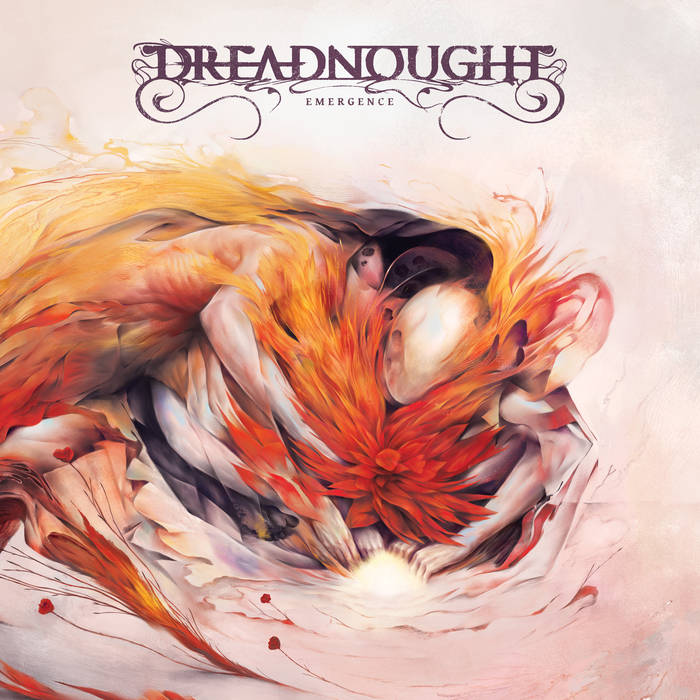 Gokiburi An incredible introspective and emotional journey for which music is the conduit. Having spent so much time with Dreadnought’s prior album, I was not sure what else the band could do to take me on a similar journey again. It turns out it was a NEW journey which I needed most to take. There are similarities between both albums and those which came before, but just like each of those, Emergence is entirely its own thing. And it is a thing of intense beauty, thought and feeling.

MJK666 I first heard of this wonderful band in Decibel magazine. I then had the pleasure of seeing them in Boston opening for Spirit Adrift. When we greeted Nate at the merch table he said something to the effect of, “You might want to check these guys out.” It was one of those musical experiences where you don’t know the band’s material but are blown away by the performance. See them if you can. Support them because they make beautiful music. This recording is essential. I thank the band for creating this.

Ghigigi Dreadnought released their best album yet with Emergence. It takes all the strengths of their previous releases and matures and focuses them, resulting in a lean, powerful, impactful, emotive release that brims with the intensity of doom metal and the ambition of prog.

James Austin This is one of my most played albums of the year and yet I still struggle to put my thoughts on it into words. Its rather dense black-prog soundscape is so encapsulating you often find yourself lost in it. Favorite track: Pestilent.

pablo_sound Heavier than ever, they still deliver a top notch album.

For their fourth full-length album “Emergence”, Denver, Colorado doom-prog band DREADNOUGHT follow-up their 2017 “A Wake In Sacred Waves” acclamation with an album that takes their singular multiplex and pictorial sound to new sonic realms even more heavily textile, complex, and vastly designed. “Emergence" sees the four-piece, consisting of vocalist/guitarist/flute player Kelly Schilling, drummer/sax player Jordan Clancy, keyboardist/vocalist Lauren Vieira, and bassist/mandolin player Kevin Handlon, delving more into heavier and darker sonic territory as well, an aspect that was evident with “A Wake…” but has become fully realized with “Emergence”.

There are a multitude of layers that establish DREADNOUGHT’s sound, making them one of the more unique sounding bands in today’s doom/dark/progressive metal circles. Consisting of a myriad of influences that seamlessly sew their sound together, from prog, doom, folk, jazz, classical/chamber, avant-garde, and even a little bit of black metal managing to find its way into DREADNOUGHT’s audial tapestry, “Emergence” is the culmination of the band’s continued development and evolution, one that began with 2013’s “Lifewoven” LP followed by 2015’s “Bridging Realms” and the aforementioned 2017 LP “A Wake…”.

Thematically “Emergence” resonates with elements of flame, tying together similar structures between the ancient connection of nature’s most destructive yet purifying forces and the human condition. Through the four searing tracks comprising “Emergence”, the realities of this age-old cycle of rebirth, beginning with chaotic annihilation of what is, and leaving behind nourishing ash to enrich what is to come. A new being arises from the smolder, forged by the fires of self-destruction and trials of every lifetime before it.

With the ferocity of a wildfire, DREADNOUGHT opens the album with “Besieged” painting the connections of the catastrophic events of life with witnessing the Earth ablaze. In memoir of the countless losses in the immolation, “Still” is an interlude that pays tribute to the mourning of fleeting life and memories. “Pestilent” speaks to intense struggle that we as humans battle to choose reality in moments of tribulations as we attempt to escape and resist the decimation left in the fire’s wake. Wisdom granted through the labours of rebirth leaves who was once seen as the victim, the true victor by their willingness to witness a broader perspective of transformation.“Tempered” captures the essence of this enlightened perspective, named by the process of strengthening metal tools using fires, the once destructive flames are seen as a purifying method to cultivate new life.

The dust settles upon a masterful being, one that has endured a renaissance with struggles of hellfire and gained a wealth of worldly knowledge. As we enter the final track, “The Waking Realm”, DREADNOUGHT leaves us with this universal pattern of nature to reflect on as the final echoes of the album fade. No matter what cycle of rebirth we are currently in, nature’s perfected design lends comfort to those embarking on the journey of transformation as light from the fires of our own hell will guide the path forward.

Bandcamp Daily  your guide to the world of Bandcamp

New sounds from Mavi, Ivy Sole & Moderator, plus AJ, the One joins the show, for her latest release